Record #2: We had two people from Who Knows Where decide to proselytize at our group and the people in our line this morning.  It’s very rare for proselytizers to intrude (It’s been more than a year since something similar happened.) but they didn’t deter us.  One gentleman wielding a bronze trumpet-bugle-instrument-of-sorts took it upon himself to get within a few steps of people in line and preach at them. Fortunately, he was persuaded by some volunteers to make space for those around him and soon left us alone.

The other gentleman projected the Good Word via bullhorn and aimed it directly at our volunteers and people in line.  The roar of traffic on the interstate above us muffled most of the bullhorn’s message.  An ATXAHH volunteer offered him a cup of our coffee, which he accepted and enjoyed (while we got to enjoy a few minutes of silence), then he was right back at it. The wonderful part was seeing many of our volunteers form a human shield of sorts by standing in a line with their backs to him so the people could get what they needed without incident.

And get items they did!  143 people got to choose from an array of toiletries, snacks and winter wear. In the end, good actions trump good words. Let’s do it again on February 15th! 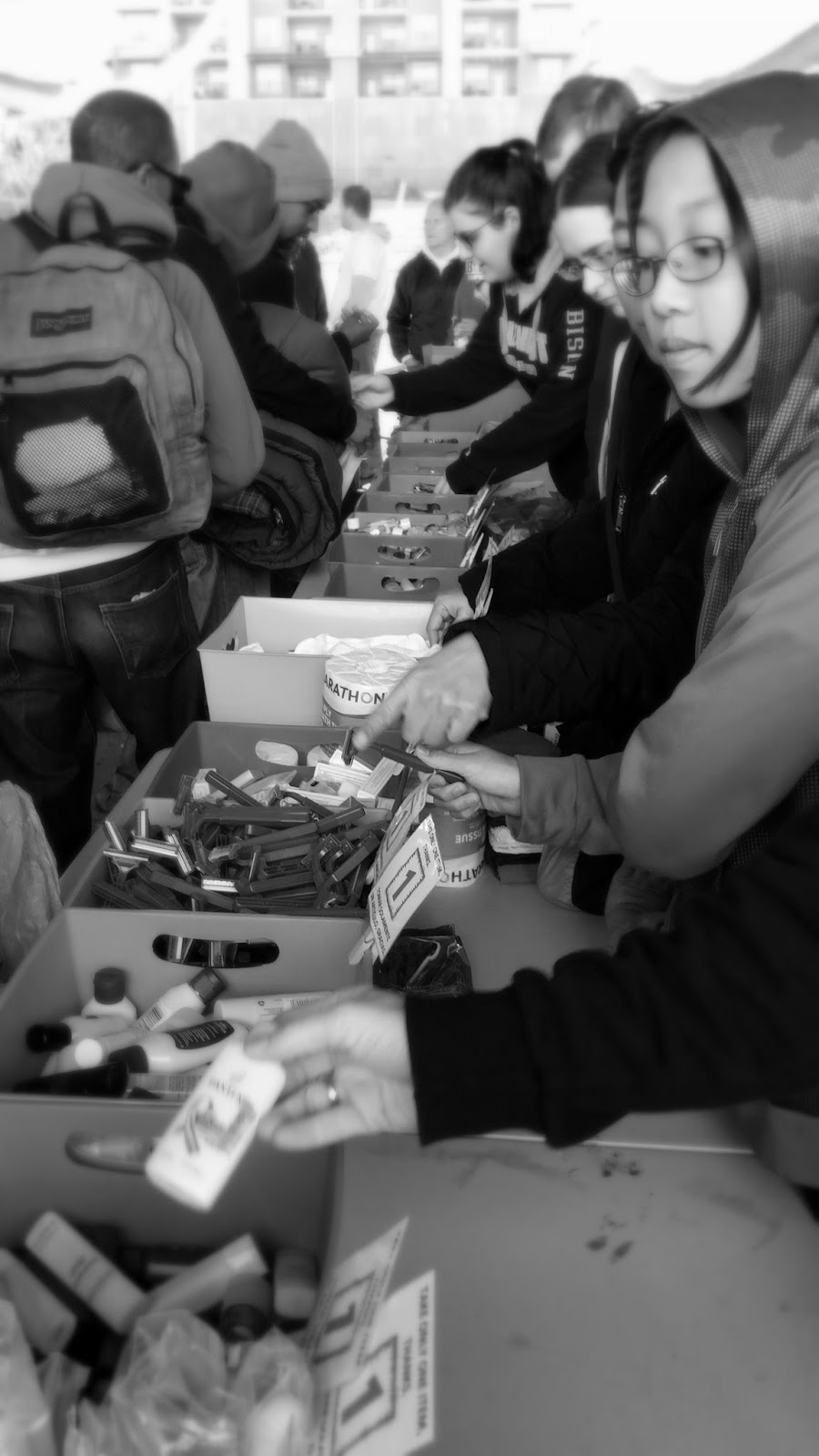 It was a record-setting start to the new year!