This particular giveaway was different.  Thirty-two 32 volunteers served 125 people. Spectacular numbers but not record breakers.  What stood out this time was the amicable energy among volunteers…the positive vibe…the feel-good feeling that permeated the group this particular time around.  Call it what you will but it was noticeable and several people mentioned it. 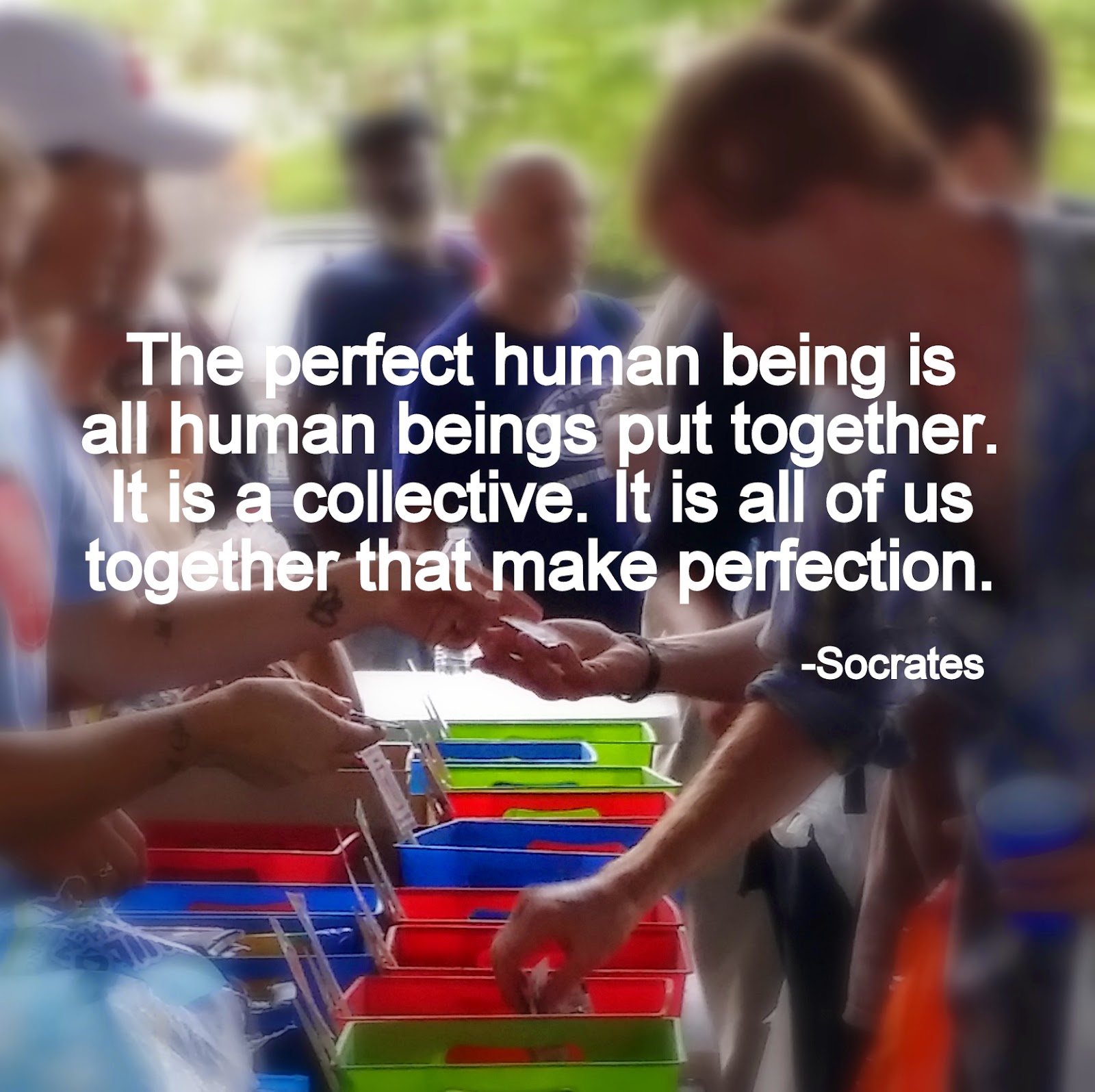 September marks ATXAHH’s 5th anniversary.  Stay tuned to our FaceBook and Twitter feeds for lots of flashbacks to past giveaways as we reminisce. We’ll also feature a few questions we’re often asked (so if you have a burning question, contact us and we’ll showcase it next month!). If you’re looking for ways to help between now and September 21st, check out our Get Involved page. But before we go… 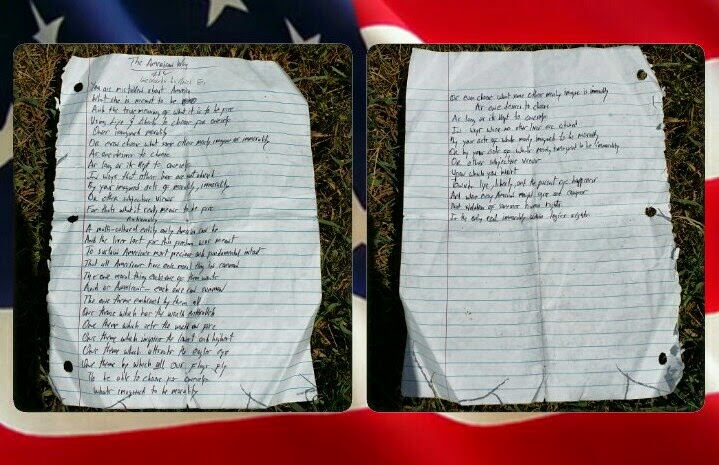 This month we received a gift from one of the gentlemen in line, Mr. Leonardo daVinci E. (No doubt that’s his name. He showed a volunteer valid identification as proof.). After a pleasant conversation with a volunteer about the concept of Humanism, he was inspired to write a poem for us so he sat on the curb with pen and paper in hand and did just that. He gave us permission to share it with our supporters.
The American Way
by Leonardo daVinci E.
You are mistaken about America
What she is meant to be
And the true meaning of what it is to be free
Using Life & Liberty to choose for oneself
Over imagined morality
Or even choose what some others merely imagine as immorality
As one desire to choose
As long as it’s kept to oneself
In ways that others lives are not abused
By your imagined acts of morality, immorality
Or other subjective views
For that’s what it really means to be free
Rationally
A multi-cultural entity only American can be
And the lives lost for this freedom was meant
To sustain America’s most precious and fundamental intent
That all Americans have one moral thing in common
The one moral thing each one of them wants
And as Americans, each one can summon
The one theme embraced by them all
One theme which has the world enthralled
One theme which sets the world on fire
One theme which inspires the lowest and highest
One theme which attracts the eagle’s eye
One theme by which all our flags fly
To be able to choose for oneself
What’s imagined to be morality
Or even choose what some other people merely imagine is immorality
As one desires to choose
As long as it’s kept to oneself
In ways where no other lives are abused
By your acts of what’s merely imagined to be morality
Or by your acts of what’s merely imagined to be immorality
Or other subjective views
Upon which you insist
Toward life, liberty, and the pursuit of happiness
And where every American might agree and confess
That violation of someone’s human rights
Is the only real immorality within logic’s sights
I’m Pickin’ up Good Vibrations (an August 17th Recap)